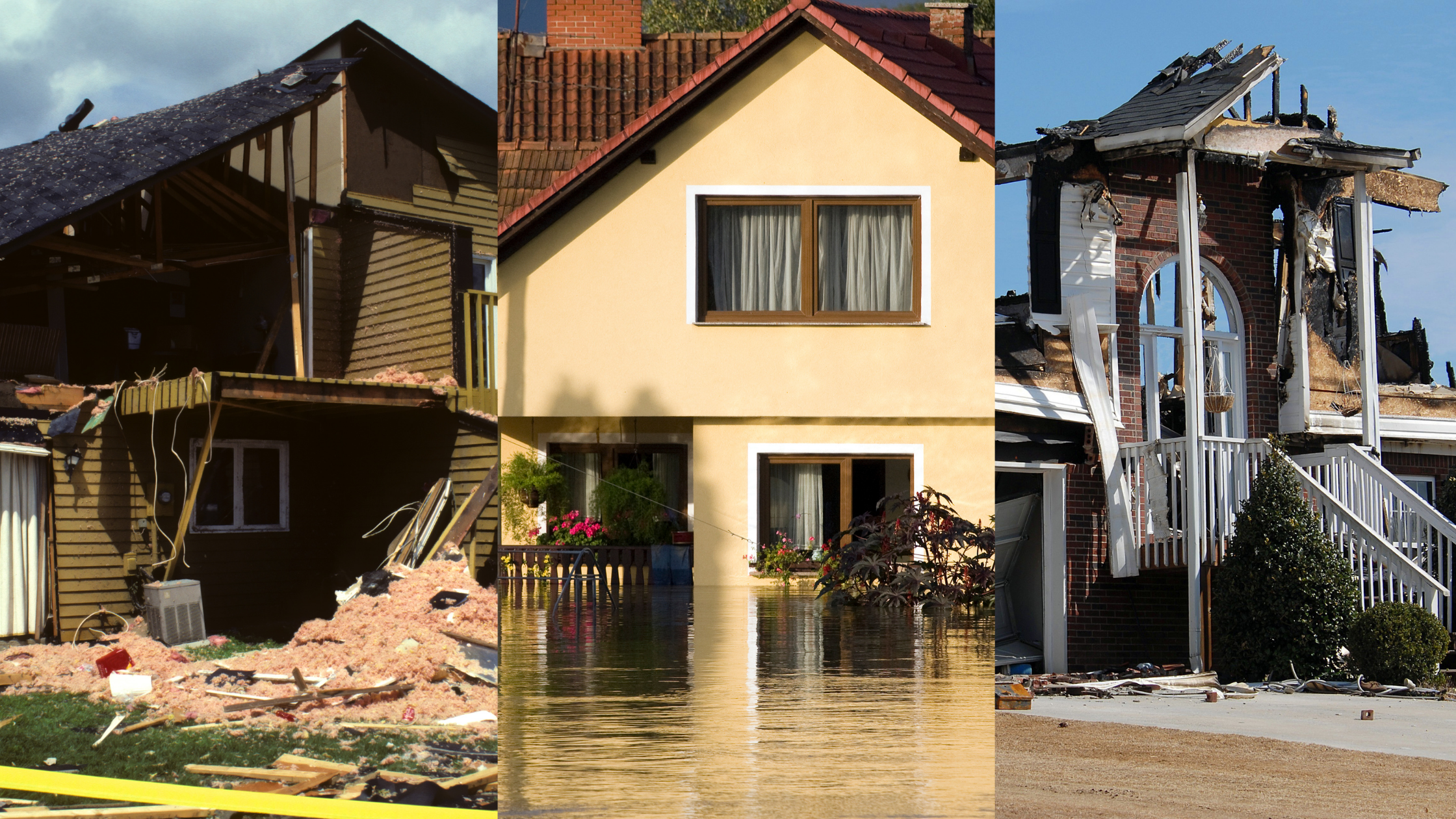 Home loss is a terrible thing to experience. Fire, flood, tornado can destroy all your prized possessions in a flash. Family photographs, furniture, artwork, clothing, kitchen ware all gone! Fortunately, with insurance, you can rebuild, replacing those items which allow your family to love comfortably. Especially, if you have replacement cost coverage.

The overwhelming majority of homeowner insurance policies cover possessions for actual cash value at the time of loss. Actual cash value is calculated on the current value of your possessions minus depreciation (value reduction through use). The value of furniture, clothing, automobiles is considered reduced through use. Which means the value is depreciated to a percentage of original purchase cost.

For instance, a sofa purchased three years ago for $2,000, given depreciation might only be worth $700 today, the claim amount approved by your insurance company. Then that $700 claim would be further reduced by your deductible, resulting in an even lower claim payment.

Aspen Insurance Agency is in Denver, CO, and services clients nationwide. We are a family run business working with multiple insurance carriers to offer our customers the coverage they need at the lowest possible cost. We offer a wide range of personal, commercial, and professional insurance to residential and commercial customers enabling the cheapest rates available. Call to speak to one of our insurance advisors and see how painless insurance shopping can be. 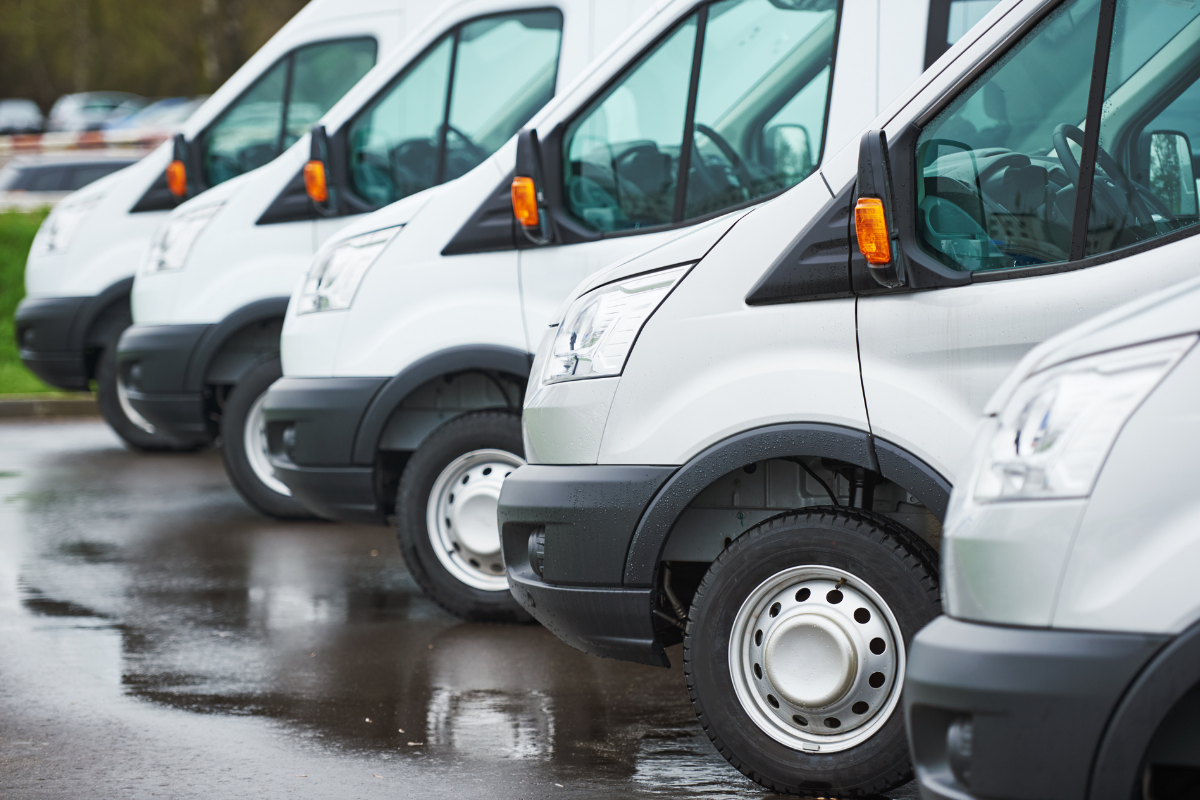 While the frequency of auto claims involving bodily injury has fallen over the recent 9-year period, the average cost of claims that do involve bodily injury increased by 32% over the same period. The Covid pandemic reduced the number of cars on the road, but initial projections suggest the cost of each claim will be higher due to higher speeds at impact.

Distractions behind the wheel, whether from vehicle in-car entertainment systems and mobile devices or from driving under the influence, can lead to significant risks. 77% of 1,000 drivers surveyed reported making or taking calls while driving. 31% said they have had a near-miss crash because of distracted driving.

A shortage of commercial operators is leading to increased rates of drivers switching companies and increases the chance for less-experienced drivers to get behind the wheel. Operators in new vehicles and covering new routes may also contribute to an increase in accident rates.

Here are ways that good drivers benefit your bottom line:

Newer vehicles are outfitted with advanced materials and technologically advanced systems designed to make driving more comfortable and safer. Cars are designed to crumple to dispel the force of an accident. That also means when vehicles are involved in an accident, the cost of repair can be much higher.

A claim can cause significant disruption for business taking vehicles off the road and slowing or stopping shipments or deliveries. Having an established business continuity plan can help your organization prepare for and overcome such an interruption.

Aspen Insurance Agency is in Denver, CO, and services clients nationwide. We are a family run business working with multiple insurance carriers to offer our customers the coverage they need at the lowest possible cost. We offer a wide range of personal, commercial, and professional insurance to residential and commercial customers enabling the cheapest rates available. Call to speak to one of our insurance professionals and see how painless insurance shopping can be. 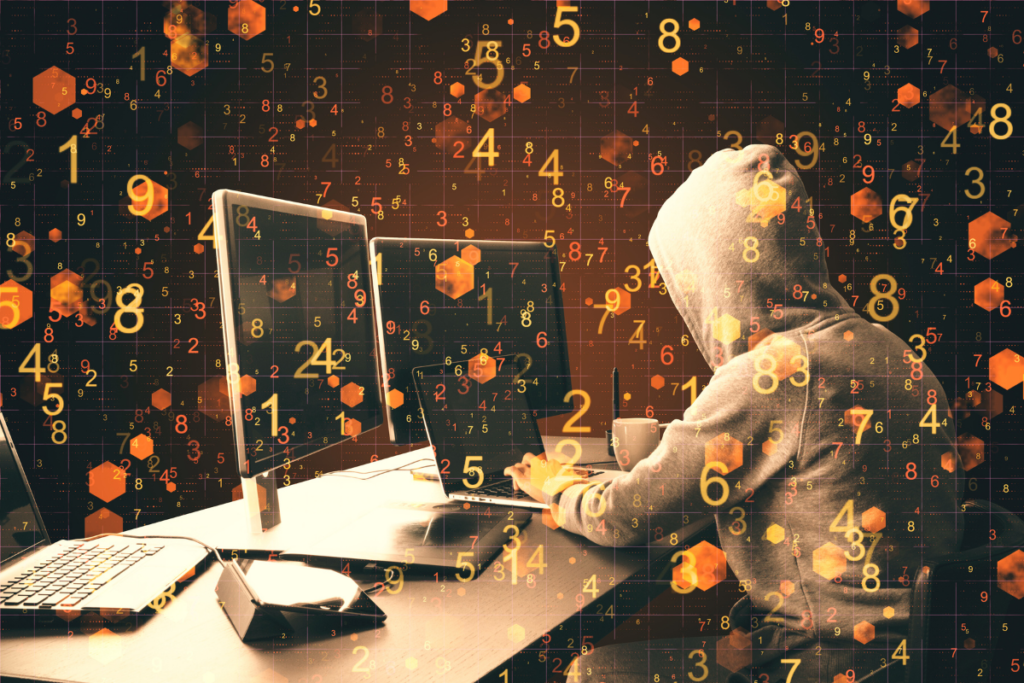 In March of this year, CNA Financial Corp., among the largest insurance companies in the U.S., paid $40 million to regain control of its network after a ransomware attack. The Chicago-based company reportedly paid hackers two weeks after a large amount of company data was stolen. CNA officials were also locked out of their own network, according to individuals familiar with the attack, neither of whom was authorized to discuss the matter publicly.

As Companies rarely disclose ransomware attacks or payments it is difficult to know actual past payments. According to Palo Alto Networks, the average payment in 2020 was $312,493, a 171% increase over the prior year. The $40 million payment by CNA is bigger than any previously disclosed payments to hackers, according to three people familiar with ransomware negotiations.

Ransomware demands have increased exponentially in the last six months, according to Melissa Hathaway, president of Hathaway Global Strategies and a former cybersecurity adviser to Presidents George W. Bush and Barack Obama.

The average ransom demand is now between $50 million and $70 million, Hathaway said. While those demands are often negotiated down, she stated that companies are frequently paying ransoms in the tens of millions of dollars, in part because cyber insurance policies cover some of the cost.

A taskforce of security experts and law enforcement agencies estimated that victims paid about $350 million in ransom last year, a 311% increase over 2019. The task force recommended 48 actions the Biden administration and private sector could take to mitigate such attacks, including better regulation of the digital currency market used to make ransom payments.

The task-force report, prepared by the Institute for Security and Technology, was delivered to the White House days before Colonial Pipeline Co. was compromised in a ransomware attack.  Bloomberg reported that Colonial paid the hackers nearly $5 million shortly after the attack.

Ransomware is a type of malware encrypting a victim’s data demanding a payment to unlock access to the data. Cybercriminals also use ransomware to steal too. The hackers then ask for a payment to unlock the files and promise not to leak stolen data. In recent years, hackers have been targeting victims with cyber insurance policies and huge volumes of sensitive consumer data that make them more likely to pay a ransom, according to cybersecurity experts.

The CNA hackers used malware called Phoenix Locker, a variant of ransomware dubbed ‘Hades.’ Hades was created by a Russian cybercrime syndicate known as Evil Corp., according to cybersecurity experts. Evil Corp. was sanctioned by the U.S. in 2019. Unfortunately, it is difficult to pinpoint blame as hacking groups share code or sell malware to one another.

Phoenix Locker appears to be a variant of Hades based on overlap of the code used in each, according to Barry Hensley, chief threat intelligence officer of cybersecurity firm Secureworks Corp. “We have a high degree of confidence this is a Hades variant,” Hensley said. He said they have not determined which hackers used the Hades variant to attack CNA.

Hades was created by Evil Corp. to bypass U.S. sanctions placed on the hacking group, according to research published in March by the cybersecurity firm CrowdStrike Holdings Inc.

CNA, which offers cyber insurance, said its investigation concluded that the hackers were a group called Phoenix not yet subject to U.S. sanctions.

The average ransom demand is now between $50 million and $70 million, subject to negotiation. Companies are frequently paying ransoms in the tens of millions of dollars, in part because cyber insurance policies cover some or all of the cost.

Aspen Insurance Agency is in Denver, CO, and services clients nationwide. We are a family run business working with multiple insurance carriers to offer our customers the coverage they need at the lowest possible cost. We offer a wide range of personal, commercial, and professional insurance to residential and commercial customers enabling the cheapest rates available. Call to speak to one of our insurance professionals and see how painless insurance shopping can be. 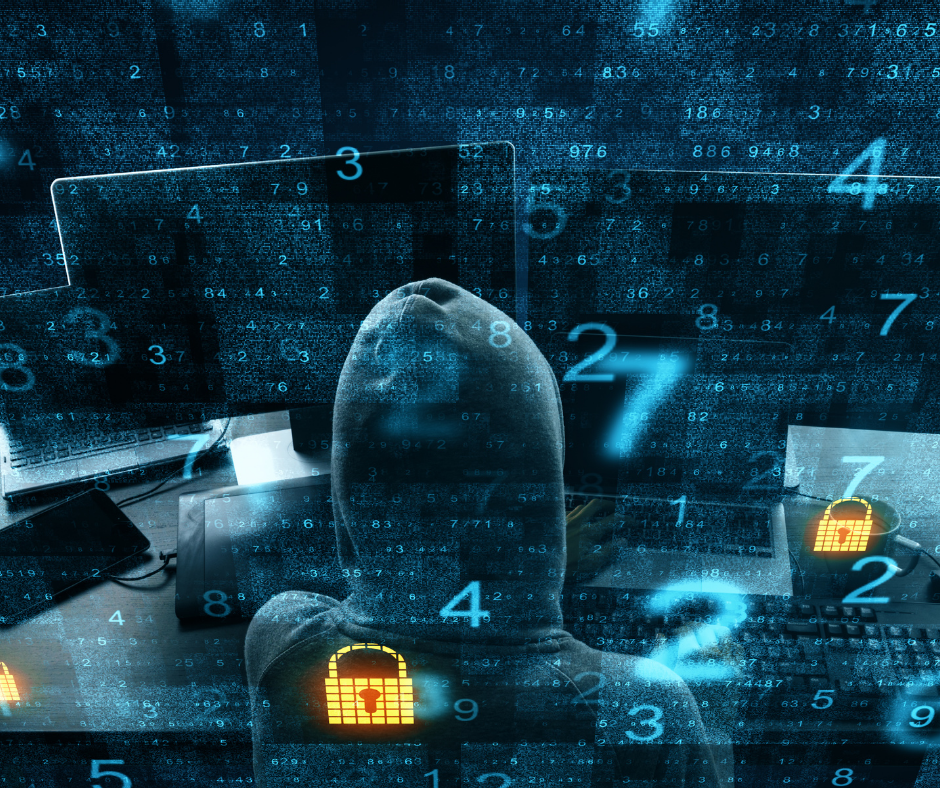 Computers are everywhere: homes, business, libraries, schools, even in your pocket, if you own a smart phone. Computers are used for entertainment, business operations, navigation, government administration, heating, and cooling: the list goes on and on. As ubiquitous as computers have become, criminals are increasingly attempting to extort money or use our personal information to create a duplicate of our identity, destroying our finances through impersonation.

Computer crime is not decreasing:

As a result of the rise in computer crime, 78% of risk managers now purchase some level of cyber insurance, up from 34% in 2011.

As the majority of cyber criminals are overseas where law enforcement may not be able to reach. Business owners might evaluate their internal business cyber protection. Even well-defended companies experience cyber losses. What can a business owner do?

First and foremost, each business owner should have a robust cyber security plan in place. One that is continually updated as new weapons are wielded by criminals.

Maintain A Robust Perimeter Defense: Many networked computer systems are protected by a firewall: think of a firewall as the castle wall. The wall keeps invaders out allowing entry only through a protected gate. The firewall is absolutely the first line of defense. However, be concerned if it is the only line of defense. If the walls are breached, invaders may be inside with complete access to customer data and individual computers.

Change Passwords every 30 days: over 55% of unauthorized access is from “spoofing” a legitimate user. Criminals have become sophisticated in their use of social media and publicly available information to induce employees to click on links installing malware software on your systems. Such malware lies hidden tracking every keyboard click, including the capture of passwords, customer social security numbers and birthdates and a lot more. By changing passwords, it reduces a criminal’s ability to impersonate your employees.

Install Anti-virus Security Solutions: Install products such as Norton or McAfee on all computers and keep the software up to date. In 2020, 360,000 new malicious files were detected each day. Current virus software will capture and isolate the software for review and deletion, before inflicting damage.

Restrict Browsing: Every company uses internet browsing for business purposes. However, criminals will upload malware to appear as a seemingly innocent picture or video (cute kittens, romping puppies!) which, when clicked upon, is designed to infect the computer without the user knowledge, then seek and infect other computers on your network.

Six of ten small to medium sized business (under $250 million annual revenue) have no cyber insurance protection. Business owners should consider the cost of losing all business data or paying a ransom for locked out computers and the impact these situations represent. Consider investing in risk management protection by expanding coverage such as:

Aspen Insurance Agency is in Denver, CO servicing clients nationwide. We are a family run business working with multiple insurance carriers to offer our customers the coverage they need at the lowest possible cost. We offer a wide range of personal, commercial, and professional insurance to residential and commercial customers enabling the cheapest rates available. Call to speak to one of our insurance professionals and see how painless insurance shopping can be.

Aspen Insurance Agency has served the Denver community for over 25 years and has since expanded to help clients in the following states: